Bob Carter
Amada is an old friend of Keisuke Takahashi, and the leader of a Bosozoku Gang.

After Ichijo lost to Takumi Fujiwara, the Tsuchisaka Lancer Evolution Team decided to call a group of gangsters to beat up Project D as a favor. Because of this, the rest of the members hid in their support vans, leaving Keisuke Takahashi to deal with them. Unbeknownst to them, however, it is revealed that the leader, Amada, was one of Keisuke Takahashi's friends, as he was once a member of a bosozoku gang before joining the Akagi RedSuns. As a result, for the humiliation, the gangsters began to turn their backs against the Lan Evo team. 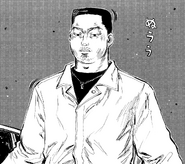 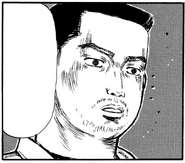 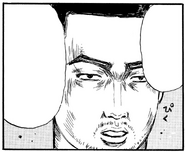 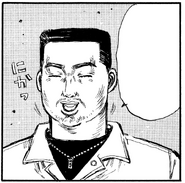 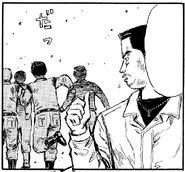 Ditto, with his gang, shadowed

Ditto, with his gang