Scott Freeman
Atsuro Kawai (川井 淳郎 Kawai Atsurō, known as Junro Kawai in the Tokyopop version) is the hillclimb racer and the leader of the Tochigi-based Seven Star Leaf.

He seems to be a decent enough driver, again favouring the grip racing techniques, but his mastery of it is incomparable to that of Takeshi Nakazato. His car is powered up to 400 hp. 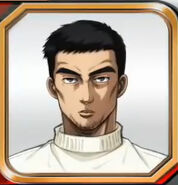 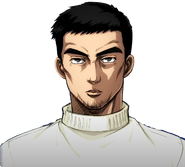