Daiki Ninomiya (二宮 大輝 Ninomiya Daiki, known as Dice in the English localisation of the Arcade Stage games) is the ace and current student of Todo School and is one of the best drivers of the series.

Driving a yellow Civic Type R (EK9), Daiki races against Takumi of Project D in a downhill battle. His dad is a race car driver. He excels in braking, being able to release the brake pedal in the perfect spot during a corner, every time. Daiki is also one of the school's all time three best downhill drivers. He is also good friends with Smiley Sakai and Tomoyuki Tachi.

He was one of the first members of the Todo school to be notified by the Project D's expedition after their victory against Seven Star Leaf. Tomoyuki Tachi, a former student and a pro student at the school was asked by Daiki to battle, but he asked Daiki to do so, as he felt being a pro and racing against 'amateurs' was too much. Later on Todo asks him to drive the The Todo School's Honda Civic to battle against Project D, however Daiki refuses the offer as he feels driving that car would be too much, and he felt comfortable with his own Civic. Later on when Project D arrived at Enna Skyline, Daiki thought the AE86 was going to be weak competitor, hence he chose to chase Takumi, so that he can overtake him later on. However, Ryosuke's advices to Takumi, as to keeping the engine RPM below 2000 from the top, and not looking behind in the rear view mirror, made the match drag on to the first round, shocking Daiki and Todo school members. Later on, Takumi uses his full engine potential while he was chasing Daiki on the second round, and when Daiki lost his grip on a corner, Takumi overtakes him, ending the battle. A shock and awestruck Daiki informs to Smiley Sakai for his battle that not only Project D was fast, but also smart.

Later on, after Project D wins against Todo, Tomoyuki Tachi arrives on their request, and he breaks Project D's time record, which they previously broke, on Daiki's EK9. Exclusively in the anime, he does so in the Todo School Civic. Afterwards, Daiki and other members of Todo school spectates Tomoyuki's battle against Takumi Fujiwara at Happogahara. Daiki later felt shocked when Tomoyuki lost the race to Takumi when he was forced to dodge an oncoming cat, allowing Takumi to win the race.

Later on, when Project D was about to face off with Purple Shadow at Ibaraki prefecture, Todo asks both Daiki and Smiley to spectate project D's battle there so that they can have a learning experience on there.

Much later on, Daiki, Tomoyuki and Smiley meet up at Kanagawa to spectate to Project D's final battle, where they comment on Takumi's and Shinji's performance. 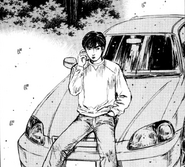 Daiki in chapter 209 with his EK9 Civic 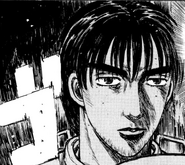 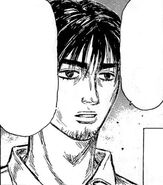 Daiki with Smiley and Tomoyuki in Chapter 676 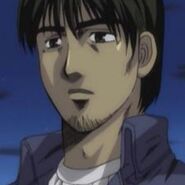 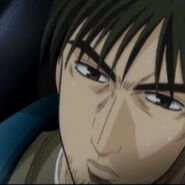 Daiki with Smiley and Tomoyuki 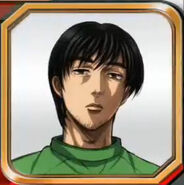 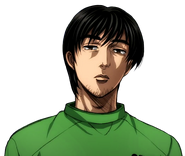