Sergio Mesa (SEIMAR RLM (Barcelona) dub, Spain)
Fumihiro (史浩 Fumihiro) serves as Project D's second in command and handler, setting up and organizing battles with other teams, as well as scouting out prospective courses. In many ways he is also a sort of Executive Assistant to Ryosuke Takahashi. He had the same role during his time with the Akagi RedSuns and, presumably, has known Ryosuke for some time.

It is not specifically known whether he has a history as a street racer or how he came into contact with Ryosuke and the RedSuns; his personal car, a Toyota SW20, is only seen once during a daytime meeting with Keisuke Takahashi but is never seen at any races. Fumihiro typically drives the Number 1 van during Project D's events.

Ryosuke is the head of Akagi RedSuns as well as Project D. As well as being the chief executive Ryosuke, Fumihiro is also a good friend of his. Him and Ryosuke is often seen talking about vehicles, their modifications, battles and battle strategies and driving tactics and so on. In one particular occasion, Ryosuke and Fumihiro went on a mountain pass, and on top, Fumihiro suddenly faced some stomach ache due to some problems with his digestive tracts. Ryosuke took him to a hospital in his FC while racing downwards, which made Fumihiro's stoamch ache seem less worse and feel happier.

Like Ryosuke, Keisuke is also a good friend of Fumihiro. In Project D, he is seen with Keisuke in his FD while going for scouting. He was the one who was in charge of Keisuke's new body kit after the oil spill accident in Saitama area.

Ever since his battle with Keisuke, Fumihiro always looked up on Takumi for his driving skills. He was often surprised by Takumi's new tricks and tactics the former tries in his Project D career and before. 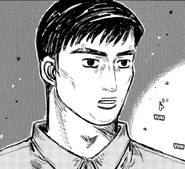 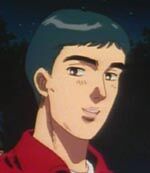 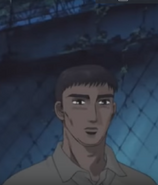 Fumihiro in Fourth Stage and starting the countdown

Fumihiro in Final Stage at the Project D disbanding party 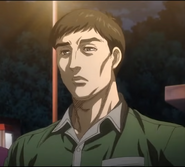