Ken taught Kai in the racing world from a young age, participating in karting competitions which made him specialized in midships (colloquial term for mid engine, rear drive). Before his transition to street racing, Kai was the fastest motorcyclist on Irohazaka. It can be seen that Kai's specialty on Irohazaka is similar to Takumi on Akina as he lives at Lake Chuzenji (which is at the top of Irohazaka) and takes the road during his daily commute to the bottom.

Kai had challenged Takumi on the Emperor's home course of Irohazaka. Kai had defeated Seiji Iwaki of Emperor and wanted to defeat Kyoichi Sudo as well, but set his sights on Takumi after Sudo's defeat. Kai uses a trick taught to him by his father to overtake Takumi by jumping a turn in a break in the guard rail on 33rd corner. Although he used his SW20 to jump through different curves to continue leading the race, Takumi began to do one of the jumps on the last corner. Despite this, Kai proclaims that he'll still keep his pace and that he'll not be stopped. However, he spins out on the final straightaway after his car loses traction from landing on leaves on the side of the road and was defeated.

Kai reappears as an opponent for Project D in Kanagawa prefecture. Kai represents the downhill ace for R.T. Katagiri against the Eight-Six. However, he spins out at the last sector costing him the race once more. 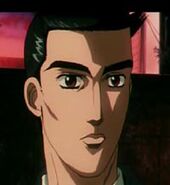 Kai MR-S during battle against Takumi AE86 in Fifth Stage 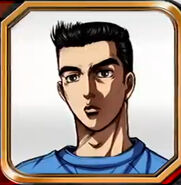 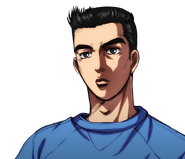 Kai in Arcade Stage Zero
Add a photo to this gallery

Retrieved from "https://initiald.fandom.com/wiki/Kai_Kogashiwa?oldid=32403"
Community content is available under CC-BY-SA unless otherwise noted.