Kazumi Akiyama (秋山 和美 Akiyama Kazumi, also known as Carrie in the Tokyopop version) is Wataru's younger sister. She was Itsuki Takeuchi's second (first if only following the manga) love interest after Saori "left" him. She is an impatient girl that came to Gunma from Saitama to work in her aunt's inn, but left due to being framed by a senior worker (in Second Stage). Kazumi appeared in Fourth Stage in Saitama with Wataru against the race with Project D, then after started spending some time with Itsuki and she reveals she broke up with a working adult man then after she patched up with him again (after he begged for her forgiveness), leaving Itsuki heartbroken. 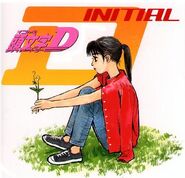 Kazumi in the manga 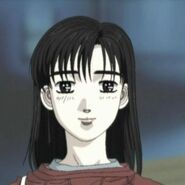 Itsuki realizing he's been dumped
Add a photo to this gallery

Retrieved from "https://initiald.fandom.com/wiki/Kazumi_Akiyama?oldid=30439"
Community content is available under CC-BY-SA unless otherwise noted.