Kenji (健二, Kenji) is a member of the Akina SpeedStars and the Koichiro Iketani's childhood best friend.

He hangs out at the gas station where Iketani, Takumi Fujiwara and Itsuki Takeuchi work from time to time, usually discussing cars and driving techniques with Iketani and Yuichi Tachibana. He has respect and admiration for Iketani and Takumi; Iketani as he is the leader of the SpeedStars and Takumi for his driving skills.

Kenji is believed to be the second-best driver of the SpeedStars. He was set to race Keisuke Takahashi in the first battle because Iketani was injured and the mysterious "Tofu Shop Eight-Six" was thought to be a no-show.

To this day, his last name hasn't been revealed in any media form of Initial D. His age has also not been explicitly stated, though judging from Iketani and Itsuki's constant joking in regards to Kenji not having a girlfriend at his age, and that he and Iketani don't address each other as Senpai, it's probably safe to assume that he is about the same age as Iketani. His occupation is also unknown, although he often goes to the gas station where his friends work bringing car magazines and racing news.

Koichiro Iketani is his best friend. He works at the gas station, so Kenji often comes over there to discuss about cars and races. Iketani is also Akina SpeedStar's head and the fastest driver (apart from Takumi).

Itsuki is another worker at the gas station. He was Iketani's junior while they were at school. Itsuki became an official member of the SpeedStars after he got an AE85 (despite thinking it would be an AE86) and after Takumi shows its potential in an impromptu battle.

Takumi Fujiwara works at the gas station along with Itsuki and Iketani. He is friends with Takumi same way he is with Itsuki.

Yuichi is the boss of the gas station where Iketani works. He acts as a fatherly figure to the Akina SpeedStars despite Kenji not working in the gas station (even though sometimes he has to work forced by Iketani). 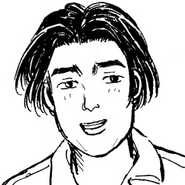 Kenji in the manga 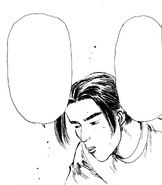 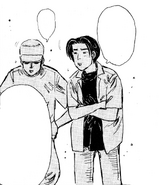 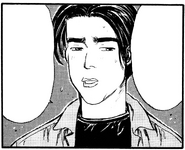 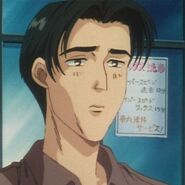 Kenji yawning in his car

Itsuki and Kenji at Takumi's battle with Kai at Irohazaka 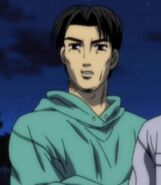 Kenji getting insulted by the Two Guys in Tokyo

Kenji as seen cleaning his 180SX in the end credits 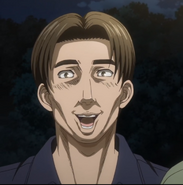 Kenji after hearing Takumi won his battle against Nakazato 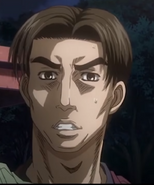 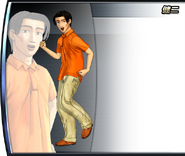 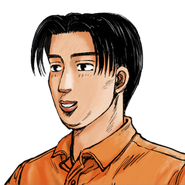 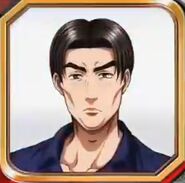 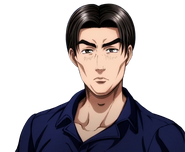