Anastasia Munoz
Kyoko's friend (恭子の友人 Kyōko no yūjin) is an unnamed character who is a friend or classmate of Kyoko Iwase. She often hangs out with Kyoko at a cafe in Saitama.

The next day, Kyoko gushes about the guy in the yellow FD she had met. Kyoko is called away by her car club, but tells her friend that she will search all of Gunma for him (as his car had Gunma plates), much to her bewilderment.

Later, she is amazed when Kyoko reveals that she ran into the FD driver again, revealed to be Keisuke Takahashi, and that she is set to race with him. Kyoko considers dropping out, but she convinces her to race him, as it would be an excellent way for her to get to know him.

After Kyoko's battle with Keisuke, Kyoko tells her friend about how she asked Keisuke if he was single. Her friend congratulates her, telling her she should ask him out, which makes Kyoko consider her appearance for the first time.

After Project D's second set of battles with the Northern Saitama Alliance, Kyoko meets with her friend again, who asks her if she's seen Keisuke at all. Kyoko laments that she hasn't seen him since she had gone to ask him out (as Keisuke had asked her not to visit him when he was racing, as he feels she could be a distraction to him). Kyoko wishes that he would come and race nearby again, much to her friends chagrin.

After Kyoko's day out with Keisuke, she tells her friend how he had taken her on a day out, and then told her that he couldn't see her, as his racing would take up too much time for him to properly date her. Her friend says that at least he was considerate of her feelings, and assures her that she'll get over him eventually, something Kyoko says she hopes is true.

She is good friends with Kyoko, with the two of them often meeting up in cafes to talk about their lives and their relationships. She supports Kyoko in her pursuit of Keisuke Takahashi, and consoles her when he rejects her. 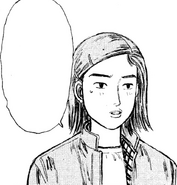 Kyoko and her friend in Chapter 266 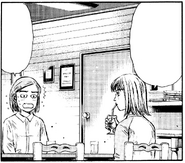 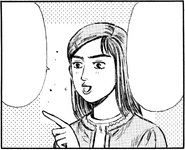 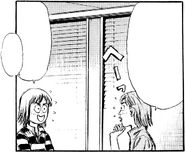 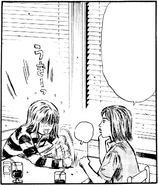 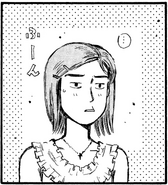 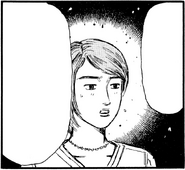 In Fourth Stage - Act 7, Kyoko and her friend at a cafe

In Fourth Stage - Act 8, Kyoko and her friend at a cafe

In Fourth Stage - Act 9, Kyoko and her friend at a cafe
Add a photo to this gallery

Retrieved from "https://initiald.fandom.com/wiki/Kyoko%27s_Friend?oldid=30700"
Community content is available under CC-BY-SA unless otherwise noted.