Miki (御木) is a senior in the football (soccer) club of the school that Takumi attended. He drives a Toyota Celica GT-Four (ST205). He serves as Takumi's last opponent in the Akina's Eight-Six arc, and as his penultimate opponent in Third Stage.

Miki is seen in Takumi's dream sequence, where he punched him in the changing rooms for bragging about his sexual exploits with Natsuki, during the time when Takumi was ignorant of the truth.

During the winter holidays, Miki meets Natsuki at her work. Later on after he shift is over, Miki picks her up to drop her home. On the way he asks her about her relations with Takumi Fujiwara. Soon after realizing Natsuki still has feelings for him, Miki speeds up his car towards Lake Akina where he plans to assault her. On reaching the top, Natsuki pushes him away and bails out, running away from Miki and calling Takumi on the phone. Takumi takes the phone right on time to realize Natsuki was in trouble somewhere on Lake Akina. Meanwhile Miki catches up to Natsuki and forces her back to his car after realizing she had called Takumi for help. He planned to go somewhere else other than Akina when Takumi passes him directly opposite on the other side of the road. Noticing Nastuki was in trouble, Takumi initiates a chase with Miki with his Trueno. Miki was able to keep the lead until he crashes into a guardrail on a corner after his steering wheel gets stuck and spins out. Natsuki escapes his Celica and Takumi taker her in his car, while Miki was leaning on his steering wheel, shocked to realize he's been beaten by a much older car. 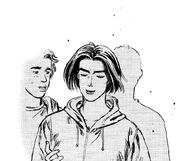 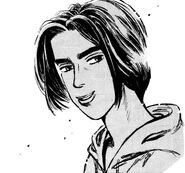 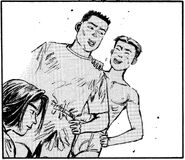 Ditto, Miki got punched by Takumi in flashback. 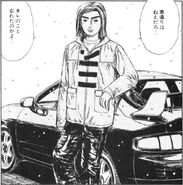 Miki's first appearance with his Celica in Volume 16

Miki doubts that both Takumi and Natsuki were working at a gas station. 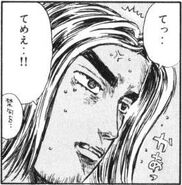 Miki angry at Natsuki after he is told not to go out with him. 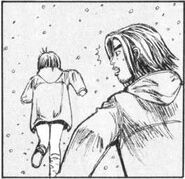 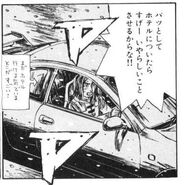 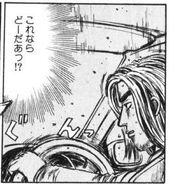 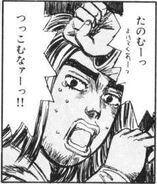 Act 7, Miki's Flashback he was bragging about Natsuki.

Miki slapped Natsuki after being refused him to go out.

Miki's flashback where he being punched by Takumi (Third stage)

Miki anger at thinking about the past.

Miki inside his Celica.

Miki inside his Celica, look at Natsuki. 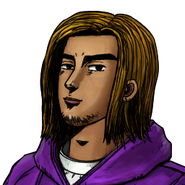 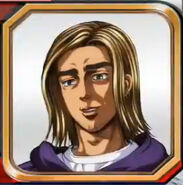 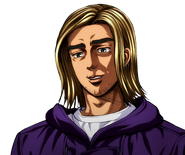