Nobuhiko Akiyama (秋山 延彦 Akiyama Nobuhiko, known as Nobu in the English localisation of the Arcade Stage games) is the leader of the Northern Saitama Alliance. He is very intelligent and analytical, but his skills as a driver are comparatively very poor. Because of this, he usually recruits other highly skilled drivers and uses his technical data to further tune their cars according to each course. Nobuhiko did race against Takumi Fujiwara once on the downhill, but he was left behind after the first hairpin and only because Takumi was letting him keep up, upon Ryosuke Takahashi's instruction. He later recruited Sakamoto to the Northern Saitama Alliance in an attempt to defeat Takumi Fujiwara. 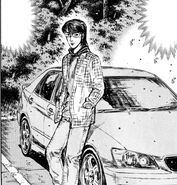 Nobuhiko in Chapter 268, with his Altezza 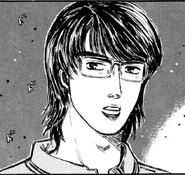 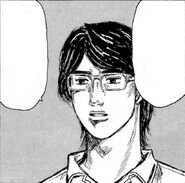 Nobuhiko with his Altezza