Ryosuke Takahashi
Ryosuke Takahashi (高橋 涼介, Takahashi Ryōsuke; known as Ry in the Tokyopop version) is the founder, and leader of both the Akagi RedSuns and Project D. He is a very skilled racer who can predict the racing outcomes by his theories, something that Keisuke (his brother) has been unable to understand and/or replicate. Famously nicknamed Akagi's White Comet (赤城の白い彗星, Akagi no Shiroi Suisei), Ryosuke created the RedSuns with the purpose of dominating the street racing scene all over Japan, recruiting his brother Keisuke and others local to Mount Akagi to achieve this goal. Alongside Keisuke, they're both given the nicknames of the Rotary Brothers.

The RedSuns' plan was put on hold following Keisuke's defeat and the emergence of Takumi Fujiwara, the driver of the Toyota AE86. Before his race with Fujiwara, he was invited to a professional racing team but he passed because "his only interest was street racing". His winning streak came to an end when he lost to Fujiwara. After his defeat, he temporarily retired from racing until making a comeback to race against the threat of Team Emperor and their leader and rival Kyoichi Sudo.

His real aim is to figure out the 'Fastest Racing Theory', and this is where Takumi fits in almost perfectly.

Soon after Takumi raced against Wataru Akiyama, he disbanded the RedSuns and created a new racing team called Project D with a similar goal to dominate the street racing scene but for one year before he goes back to medical school. During his time in Project D, he took upon a mentor role giving Takumi and Keisuke sometimes cryptic advice on how to win their matches.

As Project D began their final phase in Kanagawa, Ryosuke eventually became bothered by his past; he is revealed to have a connection with Rin Hojo, a fellow medical student and an infamous street racer from Kanagawa known as the Grim Reaper and a woman named Kaori, who was Rin's fiancee at the time but dated Ryosuke behind Rin's back who later committed suicide after Rin began to verbally abuse her, in turn leading to Rin disappearing from the racing. Realizing he cannot escape his past and knowing that Rin will return to go after him since Project D's final races have coincided with the anniversary of Kaori's death, he modified his car in secret with Project D mechanic Shuichi Matsumoto and met Rin again after years, racing at the Hakone Turnpike to the death. With the assistance of Team Spiral's leader Ryuji Ikeda, who was spectating behind, he was able to stop Rin from running both of them off the road and after their race settled their differences with each other and not forgetting Kaori.

After the disbanding of Project D, he continues to go on a silent spectator at street races, saying that he would eventually pick out new gifted racers. It is also implied that he is still continuing his studies on medicine at the same time.

His young brother whom founded the Akagi RedSuns together to begin their expedition. Since they formed the RedSuns, he and his brother became the Rotary Brothers due to driving rotary powered Mazda RX-7s. They later rebranded their team into Project D after taking Takumi under their wing and restart their expedition.

During his first race against him, Sudo is Ryosuke's biggest rival due to their difference in their own racing theories which often caused him to argue after his victory. After defeating Kyoichi again, he told him circuit racing theories aren't good enough to survive in street racing as he wasn't able to conquer right hand corners due to risk of oncoming traffic which eventually came to his senses. Kyoichi ended his rivalry as he allowed him to watch Takumi race Kai Kogashiwa and share their own theories on how the race would play out.

After Keisuke's defeat, he sees so much potential in him during his races and studies his techniques which caused the RedSuns' expedition to come to a temporary halt. After his winning streak was broken in Akina, he acknowledged him as the fastest opponent he ever raced. After Takumi's engine was repaired, he gave him an offer to join the ranks of his rebranded race team in which he eventually accepts. He acts as both a coach and a mentor to him in his races.

Rin considers Ryosuke as his sworn enemy blaming him for the suicide of his fiancee Kaori. He challenges him in a grudge match in Hakone turnpike and uses dangerous tactics against him. When his brakes were cut out, Ryosuke and Ryuji saved him from crashing after putting both their cars infront of his bumper to help stop his car. He and Rin both set aside their differences but nonetheless can't forget about Kaori.

She was Ryosuke's only love. After choosing Ryosuke over her forced marriage with Rin, she committed suicide due to abuses of Rin and torn between the loyalty between the two. Kaori is the reason for Ryosuke to fulfil his dream. After Project D's expedition was over, he visits her grave and thanks her for everything they had.

She is a female cousin of Keisuke and Ryosuke Takahashi. She is a middle school girl, and has fought with Keisuke before. Her family is not revealed, nor her last name. She is a manga only character 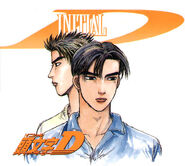 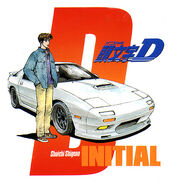 Ryosuke inside his FC 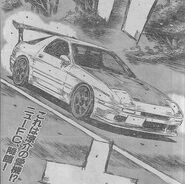 Ryosuke's FC in the manga

Ryosuke's FC as it appears in the First Stage (CGI)

Ryosuke's FC as it appears in the Second Stage

Ryosuke's FC as it appears in the Third Stage

Ryosuke's FC as it appeared in the Battle Stage

Ryosuke's FC as it appears in the Fourth Stage

Ryosuke's FC before it's modifications in the Fifth Stage

Ryosuke's FC as it appears in the Final Stage 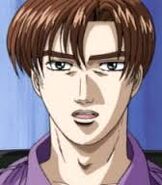 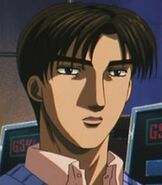 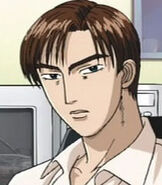 Ryosuke racing a Civic 3 years ago on a video tape 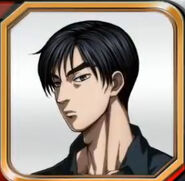 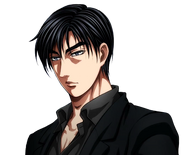 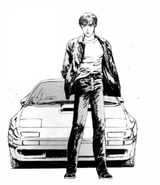 Ryosuke with his FC, as seen in the manga
Add a photo to this gallery

Retrieved from "https://initiald.fandom.com/wiki/Ryosuke_Takahashi?oldid=31834"
Community content is available under CC-BY-SA unless otherwise noted.