Shinichi joined the Seven Star Leaves at some point before Project D's Tochigi expedition. He joined because he was inspired by their downhiller Toru Suetsugu.

Project D challenge Seven Star Leaf to a battle. Shinichi is the first to see their cars approaching.

The next evening, Toru shows Shinichi the upgrades he's made to his car. Shinichi is impressed by it, and says that with Toru's technique the car must be unbeatable. He is shocked when Toru asks if he knows anyone that would be interested in buying it, and asks if he's kidding or not, and Toru tells him that he's quiting racing after the battle. Toru explains that he wants to sell the car to settle some of his debts, and so he can think about his future, but that he may still drive in a weaker car.

That night, Shinichi talks with Toru before his race, and Toru shows him that he's shaking because of how nervous he is. Toru admits that he's also really excited for the race, and says a battle with a team like Project D happens once in a lifetime. As Toru sets off on the downhill, Shinichi thinks that no one can catch him on the downhill, especially not an Eight-Six that's not driven on the course very much. Atsuro Kawai hears from their lookouts around the course, and is told that they're already at the C-2 hairpin, much to his and Shinichi's shock. Shinichi says that no one has ever tailed Toru for this long. The racers pass the C-10 corner, and Atsuro admits that they must have underestimated Project D's downhill driver. Shinichi is optimistic, saying that Toru can still pull it around in the second run. Toru crashes, losing him the race. Atsuro heads off to race, and Shinichi tells him not to do anything crazy. Atsuro also loses his race.

Shinichi respects Toru greatly, even having joined Seven Star Leaf because of him. He cheers him on at his race against Project D, and is surprised when Toru says he wants to quit racing. 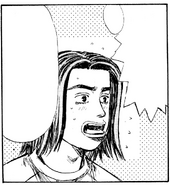 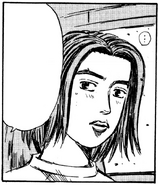 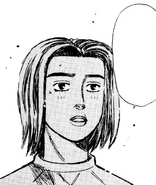 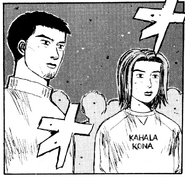 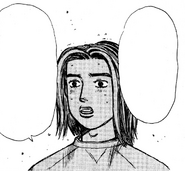 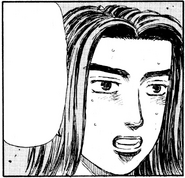 Ditto, Shinichi talks with Toru before his race