Takeshi Nakazato (中里 毅 Nakazato Takeshi, known as Zack in the Tokyopop version), also known as the Black Lightning (黒い稲妻 Kuroi Inazuma), is the leader of the Myogi NightKids. He made his first appearance at the race in Akina where Keisuke Takahashi of the RedSuns is to race against Takumi Fujiwara. Surprised that Takumi could defeat Keisuke, Takeshi decides that he is going to be the one to challenge and defeat the "Akina downhill specialist", and that the RedSuns are next on his list.

He is an intelligent and skilled driver, notably recognizing Takumi's the gutter hook technique while observing the Eight-Six's first battle with Keisuke's FD. However, his downfall is his anger and emotions getting in the way of his mind, resulting in poor throttle control. He also races all-out and usually fails to consider tire wear, so in the end, he loses the race, sometimes crashing his car. He is very good at acceleration and is known for his grip driving philosophy.

His previous car was a Nissan Silvia (S13), with which he used drifting techniques. He changed to the Nissan Skyline GT-R (R32) after a devastating loss to a white (or rather silver) R32 on his home course of Myogi. Following the defeat by the Skyline, his philosophy changed, favoring grip driving techniques over "weak" and "showy" drifting techniques. He also believed that no matter what skill a driver has, a car will not run beyond its capabilities.

He has shown an interest in Sayuki of Impact Blue. 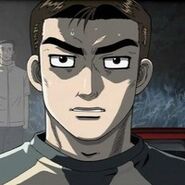 Nakazato S13 as it appears in flashback 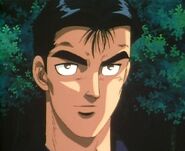 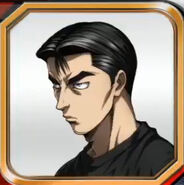 Retrieved from "https://initiald.fandom.com/wiki/Takeshi_Nakazato?oldid=26433"
Community content is available under CC-BY-SA unless otherwise noted.