Todo (東堂 Tōdō) is an ex-professional rally driver and the leader of the Todo School.

Todo used to be a professional rally driver, however, for unknown reasons, left that life to start the Todo School, where he teaches aspiring drivers. His school is considered the best in Tochigi Prefecture, with many pro racers and technicians having been taught there. One of Todo's rules at his school was that students must have their ABS turned off, so that they learn to brake on instinct.

At some point, future leader of Emperor, Kyoichi Sudo was a pupil of the Todo School. Professional driver Tomoyuki Tachi was also a member of the school at the same time, and is considered their most successful graduate.

The day before Project D arrive at the Enna Skyline, Todo asks Daiki if he will be using the school's Honda Civic demonstration car for his race, however Daiki declines, citing its power as his reason, as he would rather win on his own merits. Todo feigns anger, telling Daiki that it isn't the time for pride, before dropping the act and telling him to use any car that he wants. Todo tells Daiki something that he had told Tomoyuki several years prior, that results are what matters in a race, and that he shouldn't hesitate to drive the best car that he can, saying that pros don't have hang ups over their own merit. Daiki apologises, but Todo tells him not to, saying that he's being true to himself, and repeating that he can do whatever he wants, mentioning that he may even come and watch the race.

After Daiki and Sakai's defeat at the hands of Project D, Tachi returns to Tochigi. Todo talks with Tachi, telling him that its important to have problems, and that any racer will eventually hit a metaphorical wall. Todo mentions that Tachi has many walls ahead of him, and he admits that he has a major losing streak and that he's struggling to get out of it. Todo asks Tachi what would be wrong with participating in a street race, much to his surprise, as Todo had told him not to waste time with public roads as a pro. Todo tells him that the solution to his problem may lie in a street race, and that there's always a time and a place for everything.

Tachi decides to race Project D in the school's demo car. While Tachi has no issues with the car itself, Todo asks him what he needs out of the car, offering to help him find the answer so that he can perform at his best. Tachi asks for the settings to be changed so he has more rear control, and Todo happily obliges.

Todo attends the rematch between the school and Project D, helping get the demo car up and ready for the race. When Project D reveal that they will be using the Eight-Six instead of the RX-7, Todo is one of the only members of the school who isn't shook, complimenting them and noting that they would be good at poker, as they were able to bluff and hide their hand for as long as they did, whilst the Todo School prepared for a battle with the RX-7. During the race, Todo asks Daiki and Sakai what they think the difference between their driving styles and Tachi's, but neither is able to give a proper answer. Todo tells them that the difference is that Tachi has significantly more experience, as he practices as often as he can on the circuits. When Takumi Fujiwara is able to pass Tachi, Todo is happy, explaining that Tachi has much more experience and wont lose, especially now that his adrenaline is pumping. After Tachi loses, he thanks Todo for helping him with his slump by making him go back to his roots, telling him that he feels completely reinvigorated. Todo is happy to hear it, and jokes that if he ever needs to lose again he should come back.

When Project D head to Ibaraki to face Purple Shadow, Todo tells Daiki and Sakai to head to Tsukuba to watch the race, as he thinks it would be educational for them.

Daiki is the top pupil of the Todo School during Project D's expeditions, and Todo helped him to build his car. Daiki has a lot of respect for his headmaster, though declines to use the schools demonstration car in favour of his own, a decision that Todo respects. Daiki is considered a braking expert, due in part to Todo's rule that students must have their ABS system deactivated, which would in turn improve their braking. Todo sends Daiki to Ibaraki to watch Purple Shadow battle Project D, as it would be an educational experience.

Sakai is one of the Todo School's top pupils during Project D's expeditions, being chosen to represent the school on the hillclimb against Project D. Sakai consulted with Todo when he turbocharged his car. Todo sends Sakai to Ibaraki to watch Purple Shadow battle Project D, as it would be an educational experience.

Tachi is the single most successful student of the Todo School. When he returns to the school during a slump in his professional driving career, Todo is happy to help him get back in the game, and suggests he participates in a street race. When Tachi accepts, Todo personally makes sure that the demonstration car is exactly how Tachi wants it. Even though Tachi loses, he still feels reinvigorated, and thanks Todo for his help, and Todo jokes that if he ever needs to lose again he'll know where to find him. 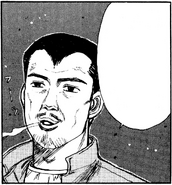 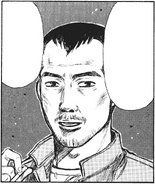 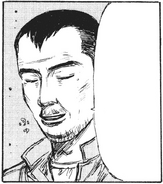 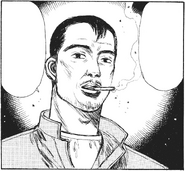 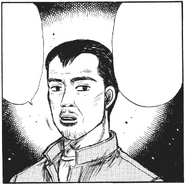 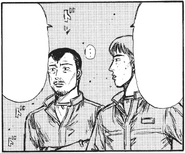 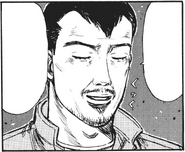 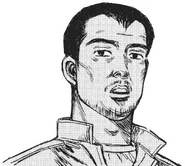 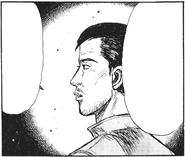 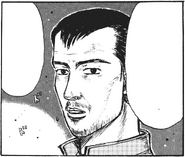 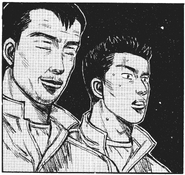 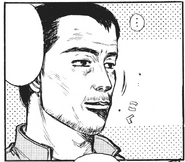 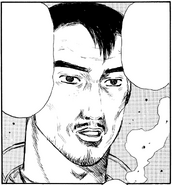 Fourth Stage - Act 19, Todo talks with Daiki and Sakai
Add a photo to this gallery

Retrieved from "https://initiald.fandom.com/wiki/Todo?oldid=31206"
Community content is available under CC-BY-SA unless otherwise noted.