Tomoko (トモコ Tomoko) is Mika Uehara's best friend. She was deceived by the impostor Takumi Fujiwara, leading to Mika tracking down the real Takumi Fujiwara to get an apology. She is a manga exclusive character.

Tomoko met the impostor Takumi at one of the Fake Project D meets, and she fell for him (though she would later admit that she was only attracted to what she thought he was). Tomoko went out with the impostor Takumi but he eventually dumped her, breaking her heart.

After telling Mika about what had happened, she tracks down Takumi, heading to the Esso Gas Station in Shibukawa, Gunma. When Takumi arrives, Mika slaps him, explaining that it was on Tomoko's behalf. Takumi explains that he doesn't know what she's talking about, which Mika doesn't believe. Koichiro Iketani suggests that she take a photo and send it to Tomoko to verify if it was Takumi. Later, Tomoko calls Mika to tell her that the Takumi in the photo is not the guy who had dumped her.

The members of Project D confront Fake Project D, and Takumi tells his impostor that he needs to apologise to Tomoko for mistreating her. The impostor does just that, though he also asks Tomoko out, which she declines.

Later, Tomoko and Mika meet up and Mika shows Tomoko a photo of the real Takumi, and she finds him attractive, noting that she thinks the impostor Takumi was ugly, and that she was only attracted to what she thought he was. Tomoko points out that Takumi looks happier than in the first photo that Mika had sent, Mika explains that that was because she had slapped him just before. Tomoko jokes that she shouldn't get on Mika's bad side, and also mentions that she's jealous of her, as Mika gets the real Takumi whilst she had gotten screwed over by the impostor. Tomoko asks her to introduce him to her someday, though Mika is hesitant because she thinks that Tomoko will fall for him. Tomoko notices that Mika is actually interested in racing because of Takumi, whereas before she was completely bored by the topic.

Mika is Tomoko's best friend, and they have been friends for years. Mika sought out the real Takumi after Tomoko was dumped by his impostor and slapped him. Whilst Tomoko has been interested in racing for a decent amount of time, Mika displayed no interest until she started dating Takumi.

Tomoko briefly dated the impostor Takumi before he dumped her and broke her heart. After finding out that he wasnt the real Takumi Fujiwara, she realises that she was less attracted to the impostor himself but more the idea that he was a famous racer. After he apologises to her, he asks her out, an offer she declines. 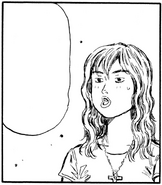 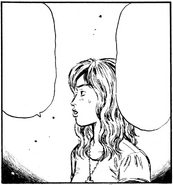