Chris Patton
Toru Suetsugu (末次 トオル Suetsugu Tōru, known as Tohru Matsushi in the Tokyopop version) is the downhill racer for the Seven Star Leaf team(formerly) and known for his reckless, kamikaze downhill style. Toru is also the only driver in the series who actually has a decent relationship; he has a girlfriend called Nao. Nao cares for him very much and she doesn't really approve of him racing, especially that he is practically broke almost all of the time and borrows money from her often.

When the Seven Star Leaf team is challenged by Ryosuke Takahashi's Project D. Toru is slated to race against Takumi Fujiwara. Again he borrows money from his girlfriend for a new set of tires. She agreed, with a condition: if he is defeated, he'll have to stop racing, or they will have to break up. He lost when he tried to emulate Takumi's weight-shifting technique of bypassing the uncovered gutters: his right front wheel snagged on the open gutter, flipping his car over once before coming to a standstill. In the end, he adheres to Nao's request - only to find out she stated the ultimatum just to guilt him. Nevertheless, he expresses his gratitude for facing Project D. 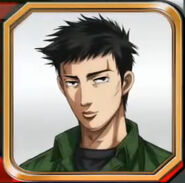 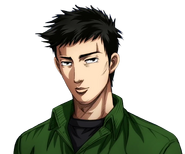