Akio Suyama (Special Stage)
Tsukamoto (塚本 Tsukamoto) is an Akagi based street racer. He used to attend the same high school as Takumi Fujiwara, albeit being a few years above. He was a member of the soccer club.

When he was a senior, Tsukamoto was the chairman of the soccer club. After graduating, Tsukamoto bought a Nissan 180SX and starting racing on Akagi.

Not long after Takumi Fujiwara's battle with Seiji Iwaki, Tsukamoto runs into Takumi hanging out with Natsuki Mogi. Takumi initially doesn't recognise him, but Natsuki reminds him. Tsukamoto invites them out of coffee, as they haven't seen eachother in so long. Tsukamoto asks the two of them if they're dating, and Takumi tells him that they aren't, leading Natsuki to pinch him. Natsuki asks Tsukamoto if he has a girlfriend and he lies that he's between girlfriends (despite the fact that he's never even kissed a girlfriend). He tells her that his true love is his car and racing, much to Takumi's shock. Natsuki tells Tsukamoto that Takumi is a good driver, but he doubts that because he just got his license. 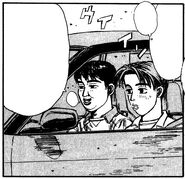 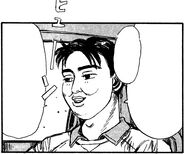 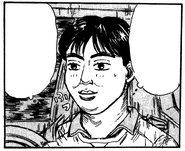 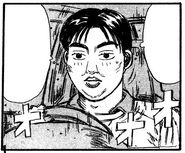 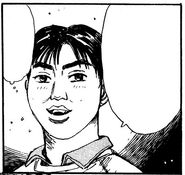 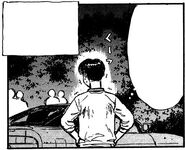 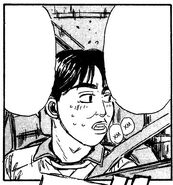 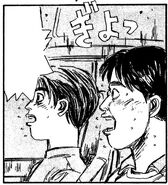 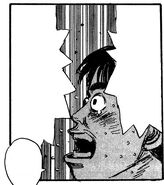 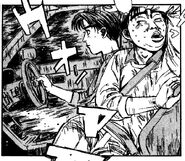 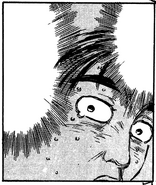 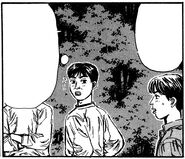 Ditto Tsukamoto in in Chapter 102

Tsukamoto in in Chapter 102

Tsukamoto in in Chapter 105